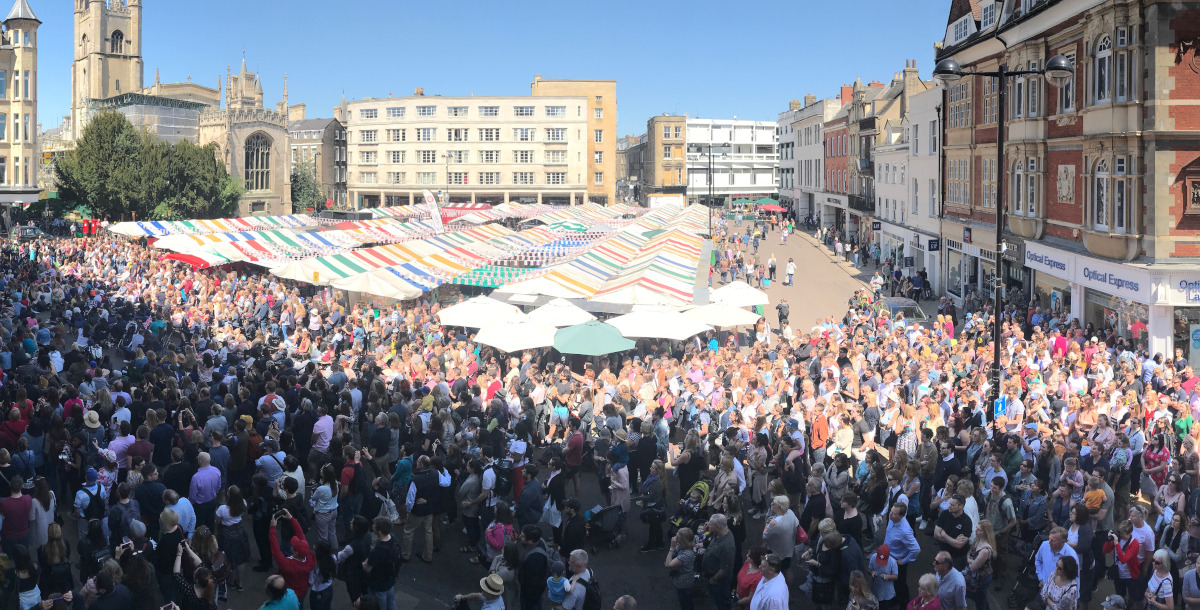 Liberal Democrats have today published their budget proposals for Cambridge City Council, calling for cleaner, greener and fairer policies and claiming that, with Labour having their chance to run something locally, their walk is falling short of their talk.

The Lib Dems plan a major £12.5m investment in buying houses from the market; 40 of which would be let to key public service workers at local living rents (one third of household income), and 5 would be added to a scheme providing shared rented accommodation to help get homeless individuals quickly back on their feet and prevent rough sleeping. Cllr Rod Cantrill, Lib Dem housing spokesperson says: “Housing costs and availability are at the root of so much disadvantage in Cambridge. The council is a key stakeholder and has the means to make a difference in this critical area; it should do so instead of leaving the money in the bank where it will achieve a worse financial return.”

The Lib Dem proposals include a series of measures to improve air quality. They want an education campaign against the idling of vehicle engines, when stationary and out of traffic, of the kind several other urban councils have started. The council would use mobile monitoring equipment to fill out evidence of pollution-sensitive areas like schools. They would plant 5,000 more trees with the co-operation of local schools. They are also calling for a comprehensive strategy for charging points for electric vehicles to make the switch easier and more attractive. Cllr Anthony Martinelli, Lib Dem Environment spokesperson and hospital doctor, says: “People die from poor air quality. We need action now to alert everyone to the impact of our behaviour and our choices.”

Also in the Lib Dems’ sights is the role of waste reduction and recycling in saving the planet. Particularly concerned about the council’s recent cutback in green bin collections, they want a separate weekly food waste collection service evaluated, which they say could offer both domestic and environmental benefits. And they propose 20 new water fountains in public spaces across the city, to help reduce single use plastic waste. Cllr Colin McGerty speaks for the Lib Dems on Streets & Open Spaces and says: “The drive to cut waste and promote recycling badly needs to be restored at the city council and we are pointing to ways of doing so.”

The Lib Dems plan to fight proposals in the controlling Labour group’s budget to cutback on notifying neighbours in the vicinity of planning applications and to increase the number of applications decided in private by officers under delegated powers. Cllr Damien Tunnacliffe, Lib Dem Planning spokesperson, says: “In a city with so much pressure for growth and so much controversy over planning matters, these steps will seriously reduce transparency and accountability and we want them stopped.”

In other measures, the Lib Dems want the council to invest in new electrically-powered street cleaning equipment to help keep the city centre street cleaner and to develop a strategy for water play and cafes on the council’s open spaces.

Lib Dem Finance spokesperson, Cllr Jamie Dalzell says: “Our budget is funded through better use of resources the council already has. There is no financial reason why the council could not agree with our proposals, unless it disagrees with our priorities for making our city cleaner, greener and fairer.”

Lib Dem leader Cllr Tim Bick adds: “After a full year of denial, the Labour leadership has only just decided in this year’s budget to scrap the extortionate charges they imposed in last year’s budget on disabled people using shop mobility, which reduced its usage by 60%. This hardly inspires confidence. Yet, far from getting on with it now, they are still charging disabled people today and intend to do so till the bitter end. Our plan will stop that immediately. In this and in much else in our budget, we are demanding better for Cambridge.”

They will be debated by the council at its meeting on February 21st.