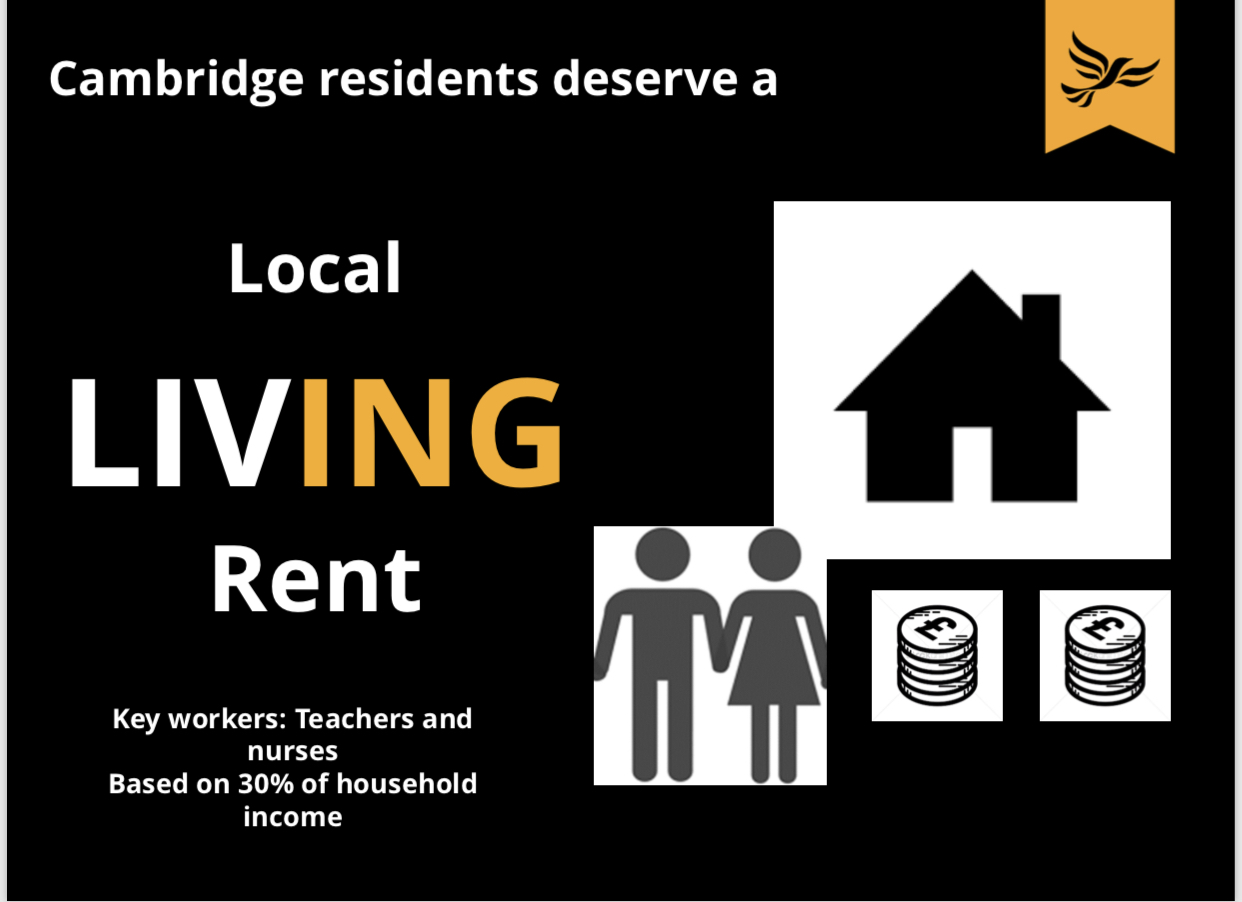 Cambridge Lib Dems have repeated their call for Cambridge to have a Local Living Rent, based on one third of household disposable income.  The call is in response to the BBC research released today on cost of renting for young people between 22-29 across the country.  The Labour City Council has so far refused to consider such an option.

The BBC research highlights that rent for a 1 bedroom flat costs over 60% of an individual’s income in parts of Cambridge.

As the BBC research highlights, many young people such as teachers and nurses, who are the glue that makes Cambridge work cannot afford to live in the city or the surrounding area.  We need to do something to help these people – and a local Living Rent does this.”