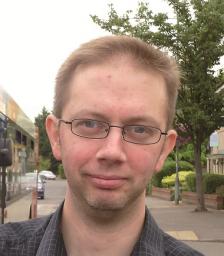 Both will raise with their fellow councillors the news that Cambridge University has launched a report into its £2.2 billion endowments fund and their action comes in response to this news.

Cllr Gehring wants Cambridge City Council to develop and implement a specific green strategy for its property investments rather than just relying on its broader climate change strategy.

This new strategy should have the drive to cut carbon emissions at its heart preventing the council from investing in high energy emitting buildings.

He is calling for energy efficiency upgrades to existing City Council-owned commercial properties or removing investment in under-performing properties.

Cllr Gehring also wants a council study, either independently or jointly with the County Council, on positive investment in a not-for-profit renewable energy provider to address fuel poverty and climate change.

And he is calling on the City Council to push the County Council to develop an ethical investment policy and divest from fossil fuels.

He said: “When the Liberal Democrats ran Cambridge City Council they put in place tough and decisive measures to reduce our carbon footprint and tackle climate change. This is a crucially important issue affecting the lives of our residents today, not only in the city but across the county generally, particularly those living against a backdrop of fuel poverty. Our local authorities can do more.”

Cllr Gehring also wants the City Council to call on the Government to stop subsidising the fossil fuel industry and advocate for all other countries to commit to this during the COP21 climate change conference in Paris which runs from November 30 to December 11.

The council should prepare its own statement of support for action on climate change and publish this during the conference, he says.

Cllr Manning (pictured) will call on the County Council to consider asking if it can be part of Cambridge University’s work in this area and whether the council’s pension fund should be included in the analysis.

And he says the council should consider whether it should sign up to a We Mean Business coalition, backed by more than 150 big name companies, to support low carbon investment.

He said: “Companies and organisations across the country are waking up to the fact that they can take decisive steps to reduce carbon emissions and climate change by making sure they invest in an ethical manner.

“Our County Council should be scrutinising the work that is taking place in this area so that we can make sure we are doing everything in our power to cut our carbon footprint.

“Climate change is probably one of the biggest threat to our lives and we have to do what we can to tackle it for this and future generations.”

Both councillors will be presenting motions at their respective full council meetings.