A £193m bid to unlock an extra 5,200 new homes on and around the site of Cambridge’s Sewage Works could go forward to the Government, if the Cambridgeshire & Peterborough Combined Authority accepts a recommendation to back it at their meeting on 27th September.

Success with the bid to the Government’s Housing Infrastructure Fund would enable the relocation of Anglian Water’s plant outside the city and the realisation of the full potential of the important north Cambridge site, transforming the scale of development near the new train station from the currently envisaged 2,400 new homes to 7,600. 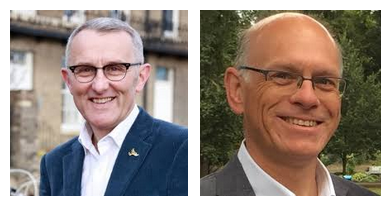 The bid offers the prospect of realising the ambitious plan for this site set by the Liberal Democrats when in power. It comes shortly after Cambridge City Council’s Labour administration refused to do any more about it, preferring to settle for much more modest development there and fewer new homes.

Cllr Tim Bick, leader of the City Council Lib Dems, said: “The comprehensive redevelopment of this site for both jobs and housing is really positive for the Cambridge area. By any standards 7,600 new homes, over 3,000 of which should be affordable, can make a vital contribution to our serious shortage of housing. It is a brownfield site, close to public transport and employment: ideal to accommodate Cambridge’s growth. To respond to the local housing crisis, it is essential to be imaginative and bold – and work for the long term. It was tragic that Labour were unwilling to work for this – but we’re pleased it has been rescued by others.

“Last year Labour threw in the towel and just left it to others. It is great that South Cambridgeshire District Council and Anglian Water had the same ambition to keep this alive that the Lib Dems had in setting the ambition in the first place.”

Cllr Rod Cantrill, Lib Dem runner-up in the Mayoral election earlier this year and a member of the Combined Authority Scrutiny Committee said: “The next stage with this bid will be a test for the Mayor and Combined Authority. They commissioned an independent evaluation of it alongside two others, one in Huntingdon and the other at Wisbech – and the Cambridge bid came out on top. So will they follow the evidence – or will they now play politics? I’m assuming that the city’s Labour council leader has come round and will now be supporting it. It remains to be seen what the others will do. We will be watching very closely.”