One in four of us will suffer from mental health problems during the course of our lifetimes, however there is often stigma and discrimination surrounding mental health.

In Government, the Liberal Democrats have:

However, things are nothing like good enough, and we want to go further. Our Mental Health Action Plan sets our priorities for essential change in mental health, including: 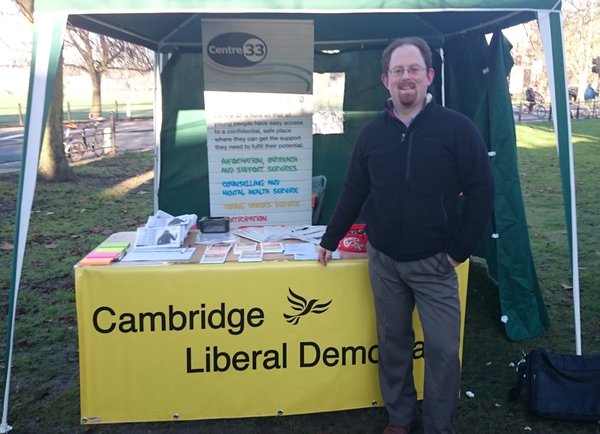 We need to transform mental health care in Cambridge too, improving mental health services for young people, further rolling out waiting times for more services, and improving mental wellbeing in the workplace.  But we have one of the lowest levels of funding for mental health in the country - largely because under the last government’s funding formula we got less money for healthcare than almost anywhere else. I want us to get our fair share - and the Government’s own calculations show that would give us an extra £35 million each year.

Lend your voice to Julian's campaign by signing the petition below!

We the undersigned support the Cambridge Liberal Democrat campaign for more investment in mental health services.