(Bus lanes expanding, whilst the trees begin to disappear)

On Tuesday, I attended the first GCP Milton Road Workshop for developing the ‘Final Concept Design’ recently approved by the GCP board. This was an invitation only event, with local officers presenting potential options for bus stop designs and seeking comments on the placement of bus stops.

The bus stop design issues were interesting and I was pleased to see that officers are not looking at any options which would force cyclists out towards traffic. Instead focus was on how to pedestrians could safely reach bus stops, with a preference from many residents to avoid ‘shared’ areas (which cause significant conflict between different groups and would be especially dangerous on long straight cycle paths) and focus on segregated options. However, as one resident noted, we were left picking the ‘least bad’ options and many did not want their preferences on proposals treated as endorsement of the developing plans.

This is because the ‘modified’ plans looked problematic from the outset and the GCP have failed to explain how they would deliver on the City Deal's original objectives. From tonight’s evidence, they seem to be getting worse than when they were presented to the Local Liaison Forum (LLF) and they are increasingly unrecognisable to resident’s own Do-optimum plans.

From discussions around the safety of the latest extremely narrow (3m) bus lane proposals, it became clear that the bus lanes have already been widened compared to original presentation (now 3.2m). It was not explained where the additional width would be taken from (i.e. pavements, cycle ways or green verges).

At the same time, the length of bus lanes has also been expanded, with plans indicating a bus lane on one side of the road for almost the entire length of Milton Road. The obvious victim of this did appear to be the grass verges. For example, the maps presented showed no grass verges north of Ramsden Square running to the King’s Hedges Road junction. This follows a presentation to the LLF where the following was presented as the proposed outbound view: 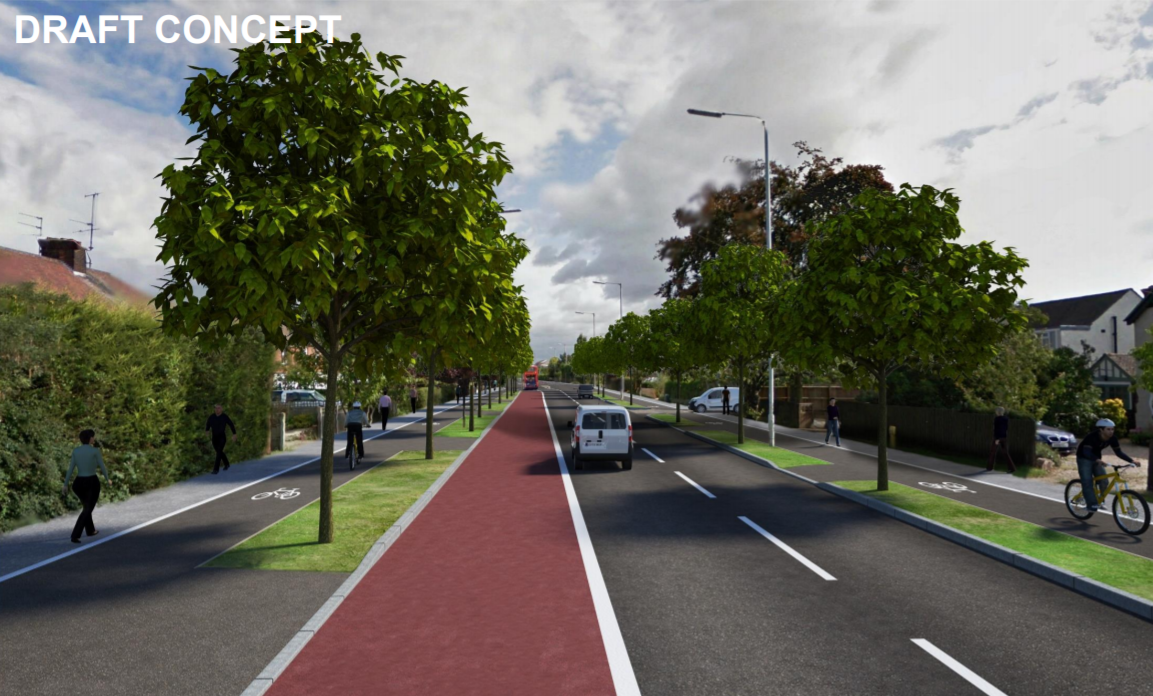 I was at the GCP Board meeting where these proposals were agreed despite resistance, with Labour Councillors scrambling to heap praise on local residents and providing assurances that the ‘Final design concept’ was an exciting development of their ‘Do optimum plans’. They in fact appear to be moving further and further from those proposals.

However, I would warn the GCP Board (and its City representative Cllr Lewis Herbert) that they clearly underestimate Milton Road residents at their own peril. If these plans continue to deteriorate and they break their commitment to an avenue of mature trees; they will be challenged, they will be resisted and they will be held to account.