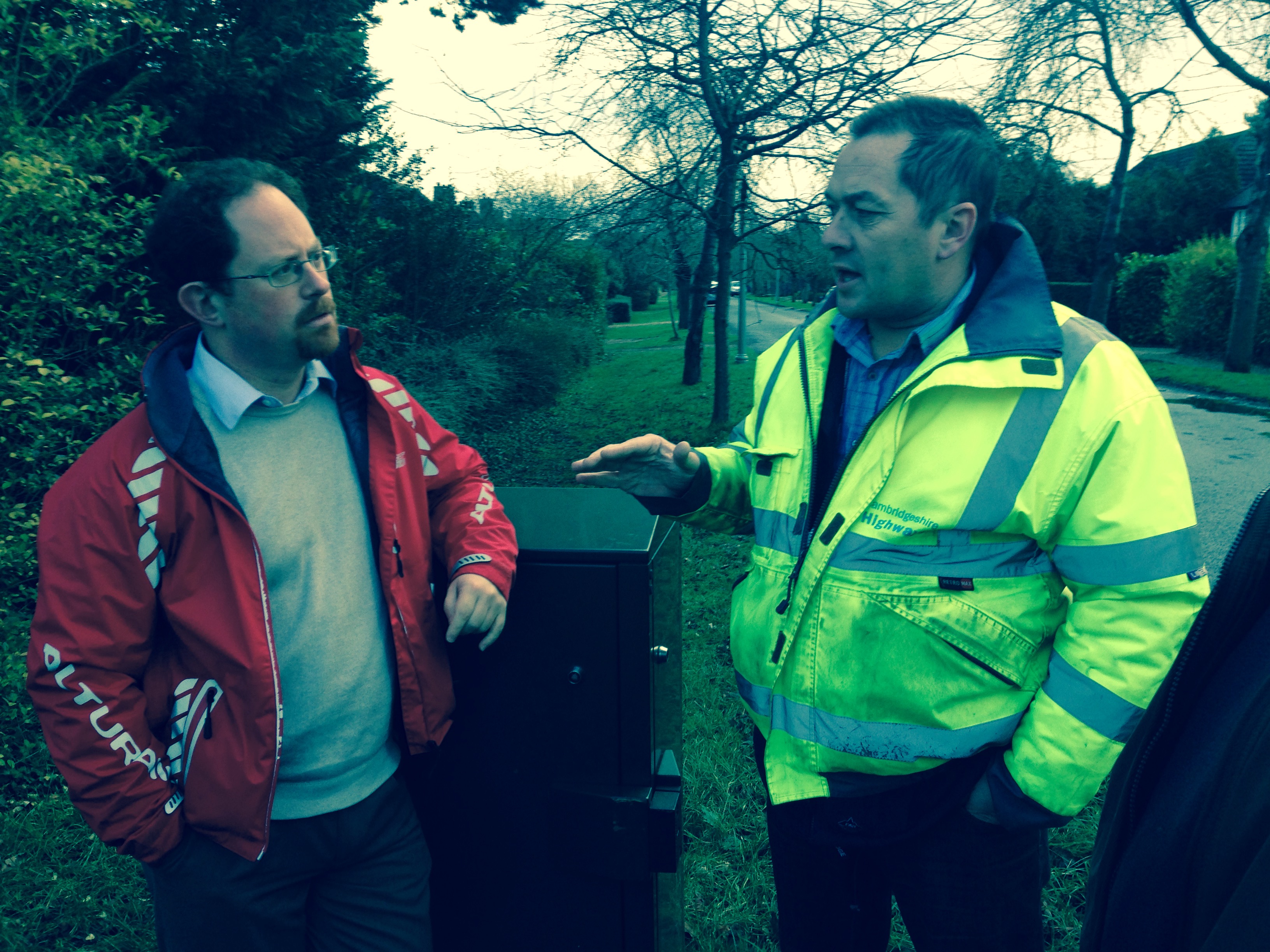 A pensioner who has been knocked off his feet by cyclists riding on a Cambridge footpath has called on Cambridge MP, Julian Huppert to help make the area safer.

On one occasion the man, who has asked not to be named for fear of reprisals, was catapulted down an embankment hitting his head on a parked car.

And on other occasions he has been left battered and bruised after careless cyclists ran into the back of him on the east side footpath between Brooklands and Trumpington Road.

He claims there have been a number of accidents involving pedestrians on the narrow footpath which cyclists use despite having two designated cycle lanes in the area. Recent resurfacing work on the path has led to cyclists travelling faster making the situation worse, he says.

Julian will meet the pensioner along with a representative from Cambridgeshire County Council’s Highways Department on Friday (January 9).

The pensioner said: “It’s frightening and I was dazed and badly shaken after being knocked over. The female cyclist apologised but then rode away and I had to sit on the grass for a while before I felt able to get up.

“Another day I was walking back from posting a letter when a cyclist ran straight into the back of me. He insulted me and I was left with wheel marks on the backs of my legs and bruising from where the handlebars had hit me in the back.”

And he told how he had been walking on the path when a woman was cycling along with her dog on a lead. As they approached him the dog went one way and the cyclist the other and he was caught in the middle.

“I saw a woman knocked off her bike scattering her shopping across the path,” he added. “I helped her to pick it up. It was a good 30 minutes before she felt able to proceed.”

The man said despite raising the issue with Cambridge City Council, the police and the Crime and Police Commissioner, Graham Bright nothing has been done.

He wants warning signs put on the path and police monitoring to prosecute cyclists who flout the law.

Julian said: “Clearly there is a major issue here and thoughtless cyclists are putting pedestrians at risk.

“We do need to build better infrastructure to encourage people to cycle safely and lawfully; I am delighted that we have secured even more money from the government to do this in Cambridge. However, it is clearly not acceptable for cyclists to put other people at risk in the way this man has been affected. Cyclists should not break the law.

“I will be visiting the area to find out more about this issue and to see how I can help.”