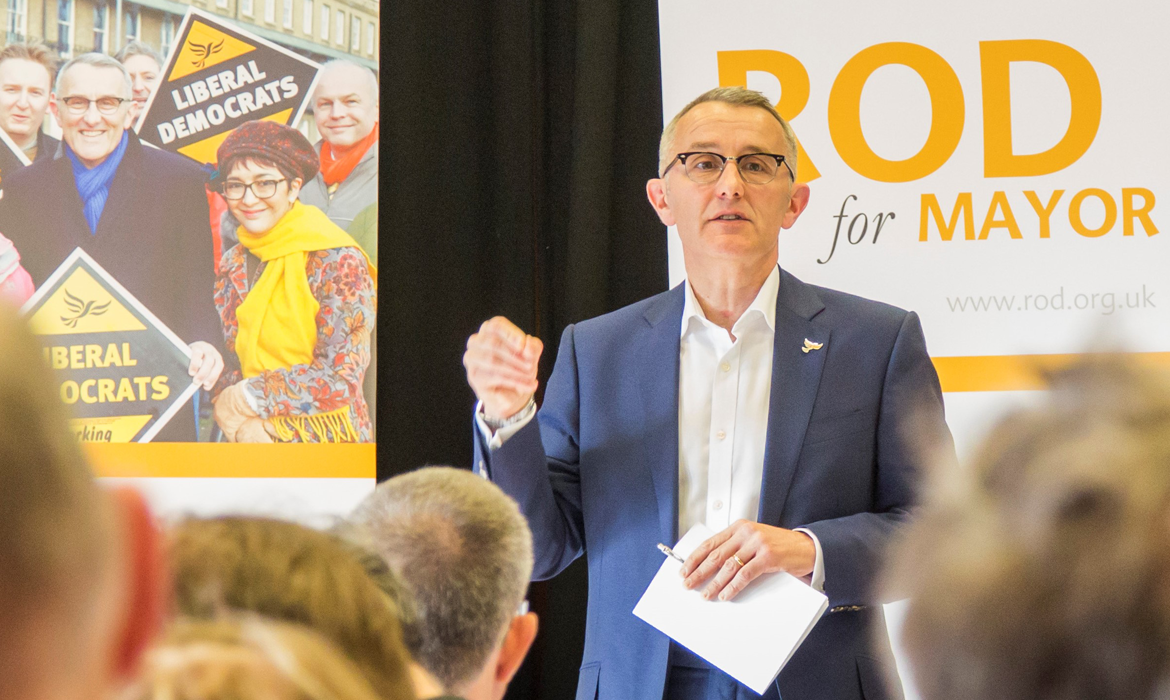 Rod says "I grew up in Annesley Woodhouse, a small Nottinghamshire mining village where my dad was a miner and my mum a housewife. I firmly believe that growing up in a tight-knit community where people looked out for one another, where the sense of community ran deep, help shaped the person I am today.

"The principle of public service is something very close to my heart. Growing up my family taught me the importance of working to improve the lives of those living around me. It is the idea that you should stand up and work hard to make your area a better place to live."

Rod has a track record of delivering for the residents of Cambridge for over a decade, both in Newnham and across the city, and is a proven campaigner.  When he was the Liberal Democrat candidate for the Cambridgeshire and Peterborough Mayor, he came first in Cambridge against Labour and first in South Cambridgeshire against the Conservatives.

As our Parliamentary Candidate Rod will continue the fight for Cambridge and his core values: 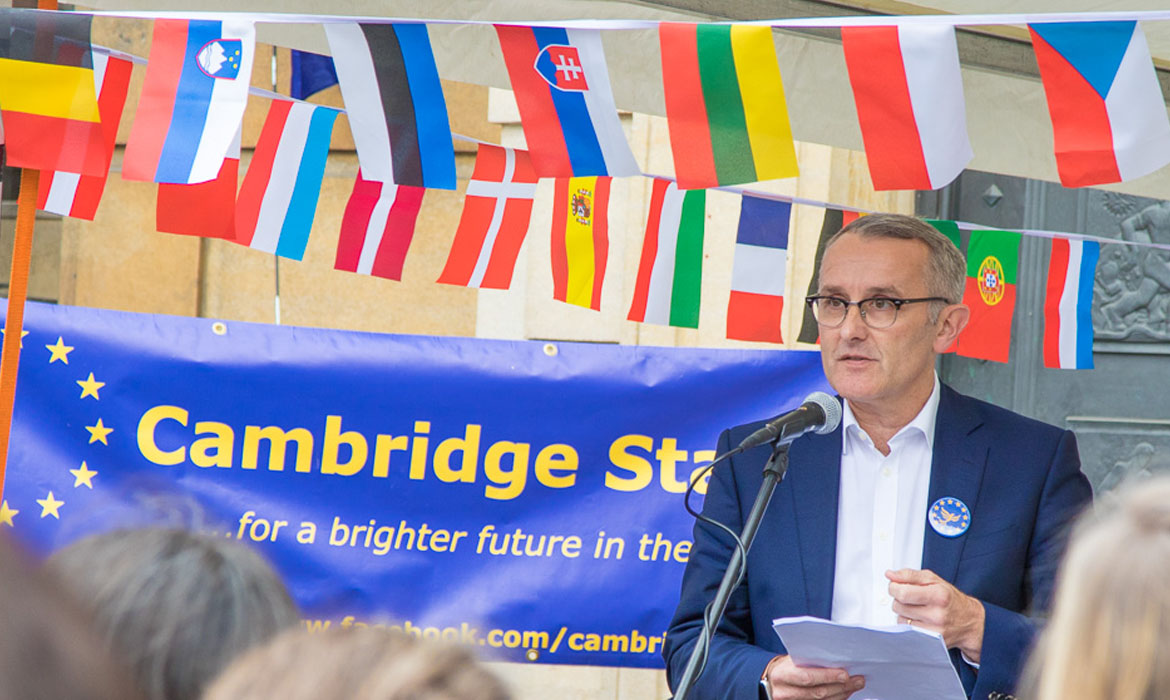 BUILDING AN OPEN AND PROGRESSIVE BRITAIN.

Fighting BREXIT is the first stage of this – as our candidate Rod will build on his strong record of fighting to keep us in the EU. Rod is a passionate European, he fundamentally believes in the positive internationalist values of the European project.

His strong belief in us remaining at the heart of Europe, led him to be a lead campaigner in a grass roots cross party campaign, Cambridge for Europe. Rod has the necessary policy expertise, campaigning know how and the professional background needed. As a business owner who works across and beyond the EU, Rod can speak out with authority about the real problems BREXIT is already causing, BREXIT isn't an abstract idea to him. Right now it is damaging the lives of his colleagues, friends and neighbours.

But we need to do far more to build a more tolerant and inclusive society. Rod has always believed that Liberals have a duty to fight discrimination whether it’s based on gender, class, disability, religion, race, age or sexuality. Rod will be a champion for all residents regardless of their background.

This is at the heart of Rod’s lifelong values.  For Rod this means working together to ensure that everyone has access to a decent home, to high quality life long education, to a real living wage and to first class health and social care services.

As a trustee of Wintercomfort for the Homeless locally and through his work for Shelter nationally, Rod is committed to ensuring that everyone in our society has a home.  Rod has a track record of bringing forward creative solutions, such as a local living rent (where affordable housing is offered on the basis of 30% of a household income not on distorted market rents) so that young people and families can afford to live in Cambridge. As our Parliamentary candidate, he will work to guarantee that everyone has access to decent housing.

Young people tell Rod that with the world of work changing dramatically, they want an education system that equips them for life.  He has been a strong voice for fairer funding for our local schools.  As our mayoral candidate, Rod called for greater investment in apprenticeships locally, so that teenagers have the skills they and businesses need.

Today, many people are struggling to make ends meet, they have not seen a pay increase for a number of years but where their cost of living, particularly food and energy bills has seen a big increase.  Rod believes that everyone deserves to get a fair wage for the work they do.  He is a supporter of the Living Wage Foundation and was responsible for the introduction of the Real Living Wage to Cambridge City Council some five years ago.  Rod continues to campaign for Cambridge to be a Real Living Wage city.

Cambridge is world leading in health and life sciences. Yet, due to chronic under funding, waiting times are growing for many services and our health and care professionals are under severe and unfair pressure.  Rod is committed to fighting for proper funding for our local health service.

In his political career Rod has worked hard to protect the global environment and tackle climate change. Rod firmly believes that unless we take action, climate change could be life threatening.

Air quality in Cambridge is one of the poorest in the country caused by the level of congestion we face on a daily basis. As mayoral candidate, Rod fought on a platform of delivering a green integrated public transport strategy for the city to address air pollution with short term solutions such as the use of electric buses whilst exploring long term ideas like light rail and bullet bus.  Continuing this fight will be one of his top priorities as our Parliamentary candidate.