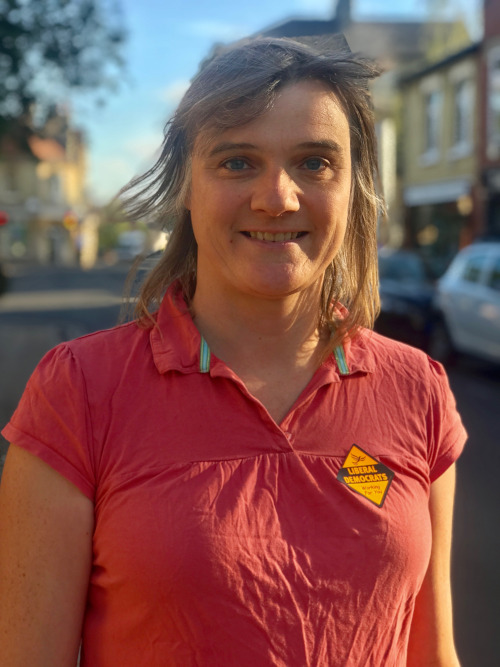 Sarah represented Petersfield from 2010 to 2014 and served as Executive Councillor for Community Wellbeing in the Lib Dem administration of the council. She started free swimming lessons for underprivileged children and had a key role in introducing the city’s 20mph limit on residents streets.

As a councillor she provided a positive role model for transgender people and helped to mark Cambridge out as a place where equalities are valued in a way which has been proven to work in practice for all.

Sarah says: “Petersfield is where I live and I aim to champion it as I already know how - and as I did before."

"In these desperate days of Brexit, the national is also the local. Brexit will make so many things I care about far worse: government austerity, the crisis in the NHS and poor funding for schools and roads. People must use every lever at their disposal - this election included. I will be encouraging everyone who wants to see the people have a final say on the deal to vote for me as the only major party candidate whose party stands for that.”

Referring to the circumstances of the by-election, Sarah said: “I am sad to see the campaign to turn the clock back on the city council’s equalities policy which I will resist. It’s right that the needs and rights of transgender people, along with other groups, are recognised here, as national legislation expects. Cambridge has led by example on diversity, tolerance and liberal values, and we must defend that leadership from those who seek to divide us.”