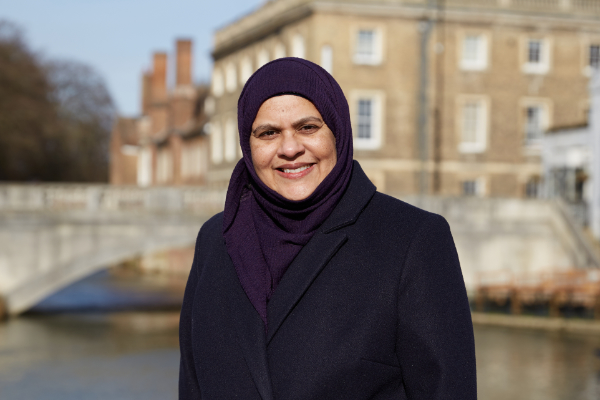 Shahida Rahman is an active campaigner and local mum who is passionate about making the community where she grew up the best that it can be.

Shahida was born and raised in Cambridge after her parents moved here from East Pakistan now Bangladesh, growing up in West Chesterton. She attended Chesterton Community College, the same school her 4 children went on to attend and where Shahida was a Governor until 2020.

Shahida is an author, writing historical fiction, non-fiction and children’s stories. Her first book ‘Lascar’ was published in 2012 and her second novel, ‘An Ayah’s Choice’ was published in March of this year. Shahida currently works at Cambridge University Press and Assessment.

Shahida is active in the local community. She and her brother are trustees of the Karim Foundation which has provided food and support with domestic costs to local residents in financial hardship. They also worked to ensure that the council’s food banks provide food for all communities.

She also served as a trustee at Cambridge Central Aid Society, (2015-2018), a charity now known as Cambridge Aid, a local charity helping vulnerable people.
Shahida is a committee member of the Friends of Milton Road Library and Mill Road History Society. She is also the only UK female trustee of the Cambridge Central Mosque, Europe’s first eco mosque.

“If elected, I will work hard for the people of West Chesterton,” said Shahida. “I have a strong track record of standing up for the vulnerable and working for our local community, and would continue this as your Councillor.”