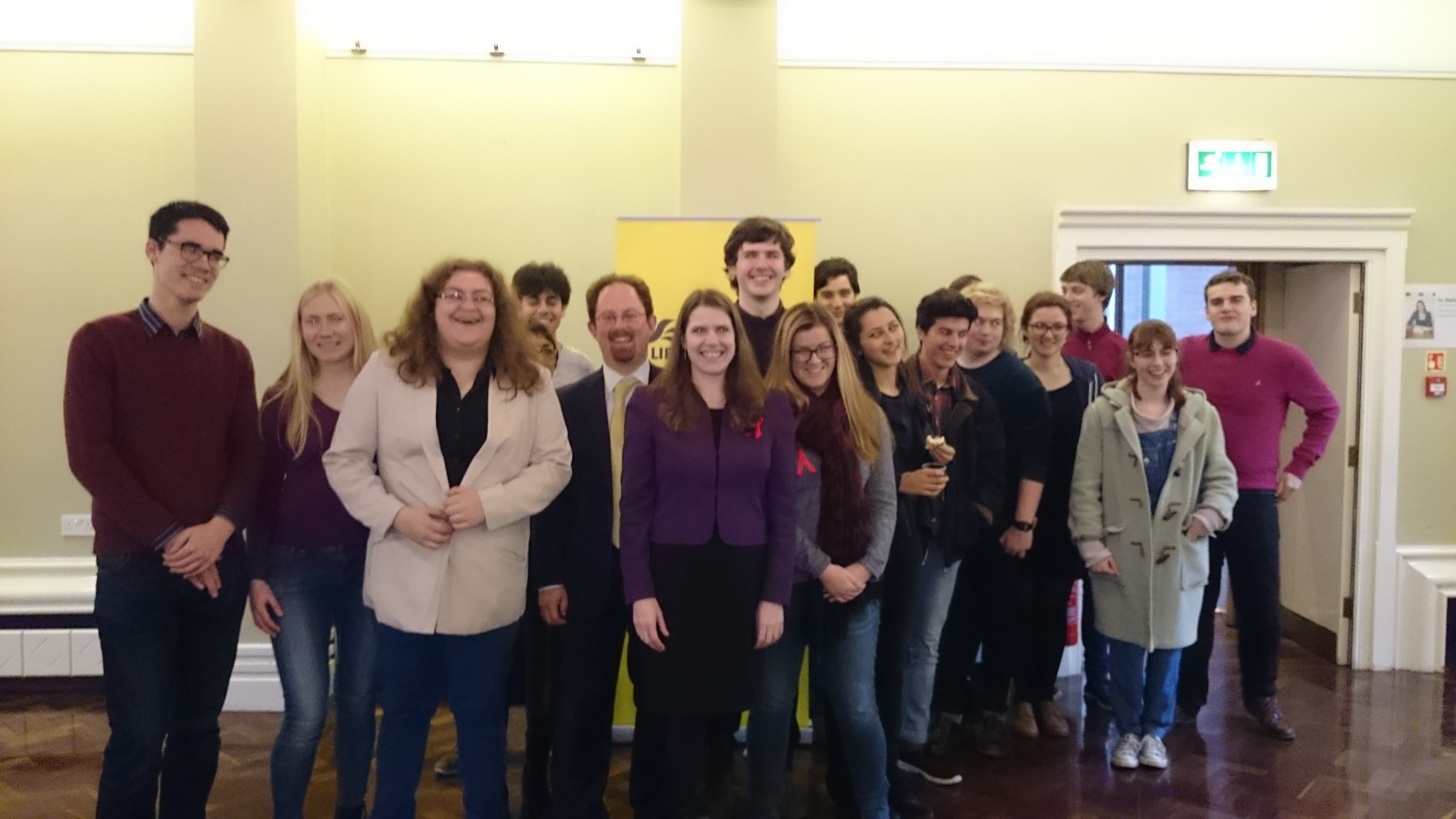 Liberal Democrat Jo, who was the youngest MP in the House of Commons at the age of 25 when she won her seat from Labour in 2005, told the female students how more women MPs would better reflect society and result in better decision-making.

Jo, who had a baby boy, Andrew last December, says the revised sitting hours and on-site nursery show how Parliament is trying to respond to the needs of MPs who are parents.

She addressed the students at Cambridge University’s Kings College on “Feminism and the Future” and gave them the chance to take part in a question and answer session.

Speaking about her role before the event she said: “We need to get more women coming forward — that’s not just a Lib-Dem problem, it’s a wider societal issue. Sometimes we also focus too much on the barriers for women: the message that gets sent out is that it’s bad to be a woman in politics. Actually, it’s a really enjoyable area to work in.”

But she said that she had encountered more ageism than sexism in Parliament. “When I was elected at first people quite often assumed I was an MP’s assistant rather than an MP.  I do think there is a confidence issue that affects women more than men though.

“The House of Commons can be a bit of a bear pit, especially at Prime Minister’s Questions. I’ve found that knowing your stuff, preparing properly for big events, and then taking a deep breath, smiling and going for it usually works well.”

Cambridge MP, Julian Huppert said: “I hope Jo will prove an inspiration to ambitious young women who would like a career in politics.

“She has done extremely well for herself at a relatively young age and they could learn a great deal from her. It is so important for women to know that they can make a difference in politics and that they can reach the top jobs.”