THE TREES OUTSIDE PYM COURT IN CROMWELL ROAD 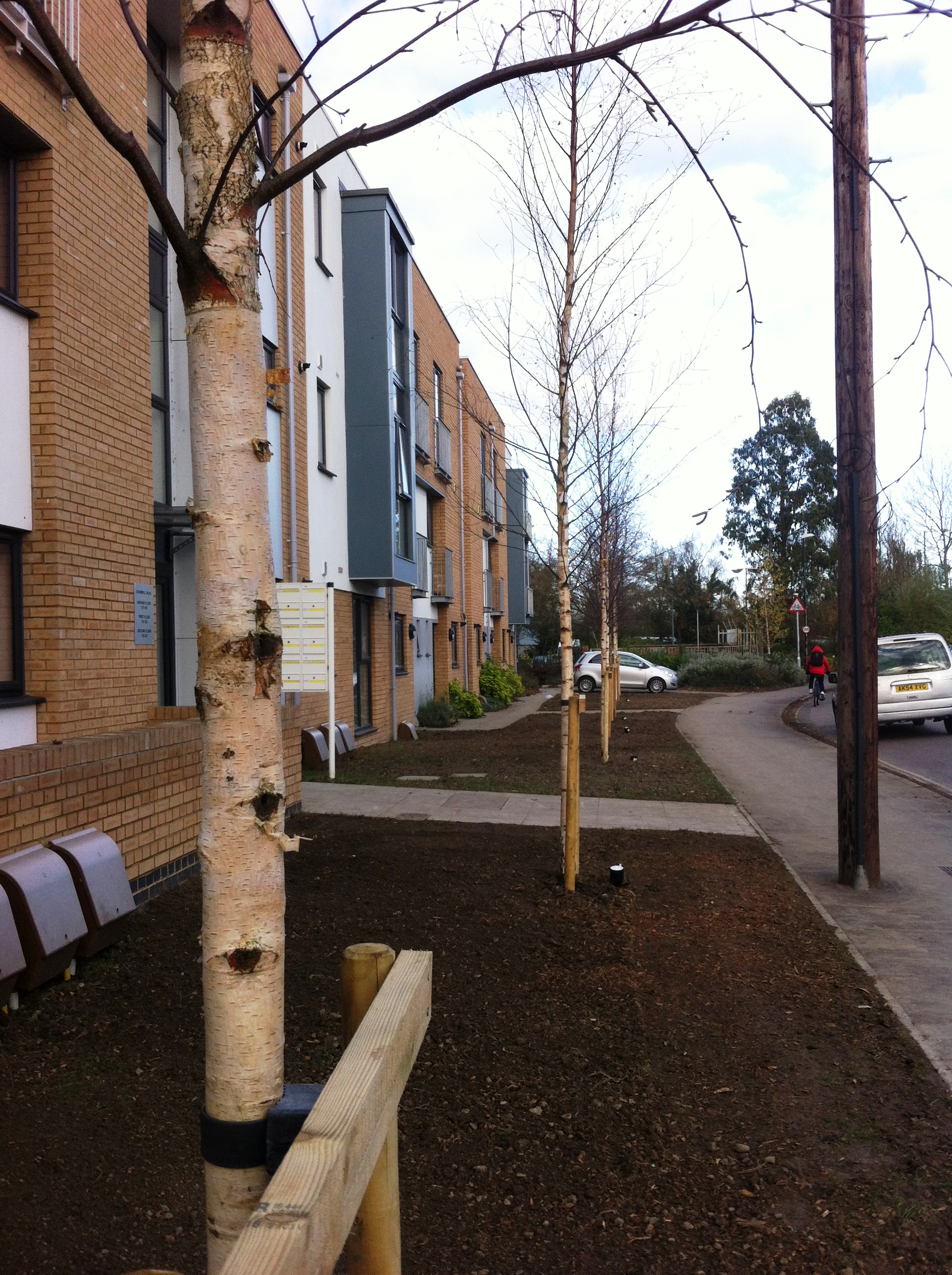 Those going down Cromwell Road in the last few days may have missed seeing the line of silver birches outside Pym Court, the new development nearest to Coldhams Lane.   But they would also have noticed a line of newly planted trees in their place.

Earlier this year a resident told me that she was very concerned about the trees.   I asked for a meeting with the tree officer to find out what was happening – and why.

We met with the tree officer who explained that the trees had been badly damaged by a contractor working for the developer. During the building of the development, the contractor had dug a trench far too near the trees and severed the roots along one side.  This was disastrous for the trees: not only because of the loss of nutrients but because they would become unstable as birch trees have quite shallow roots.   The officer pointed out the signs that showed that the trees were already showing signs of stress.

I asked who would be paying for taking them down, and for the necessary replacements, given the developer’s responsibility for the damage.  I also argued that replacing these trees with cheap, small saplings was not appropriate as it was carelessness that had damaged valuable mature trees.  The tree officer agreed that the developer would be paying and that the replacements would be of a substantial size.

She also agreed to keep an eye on the situation and make sure that the replacements were planted at the optimum time – which has now happened.