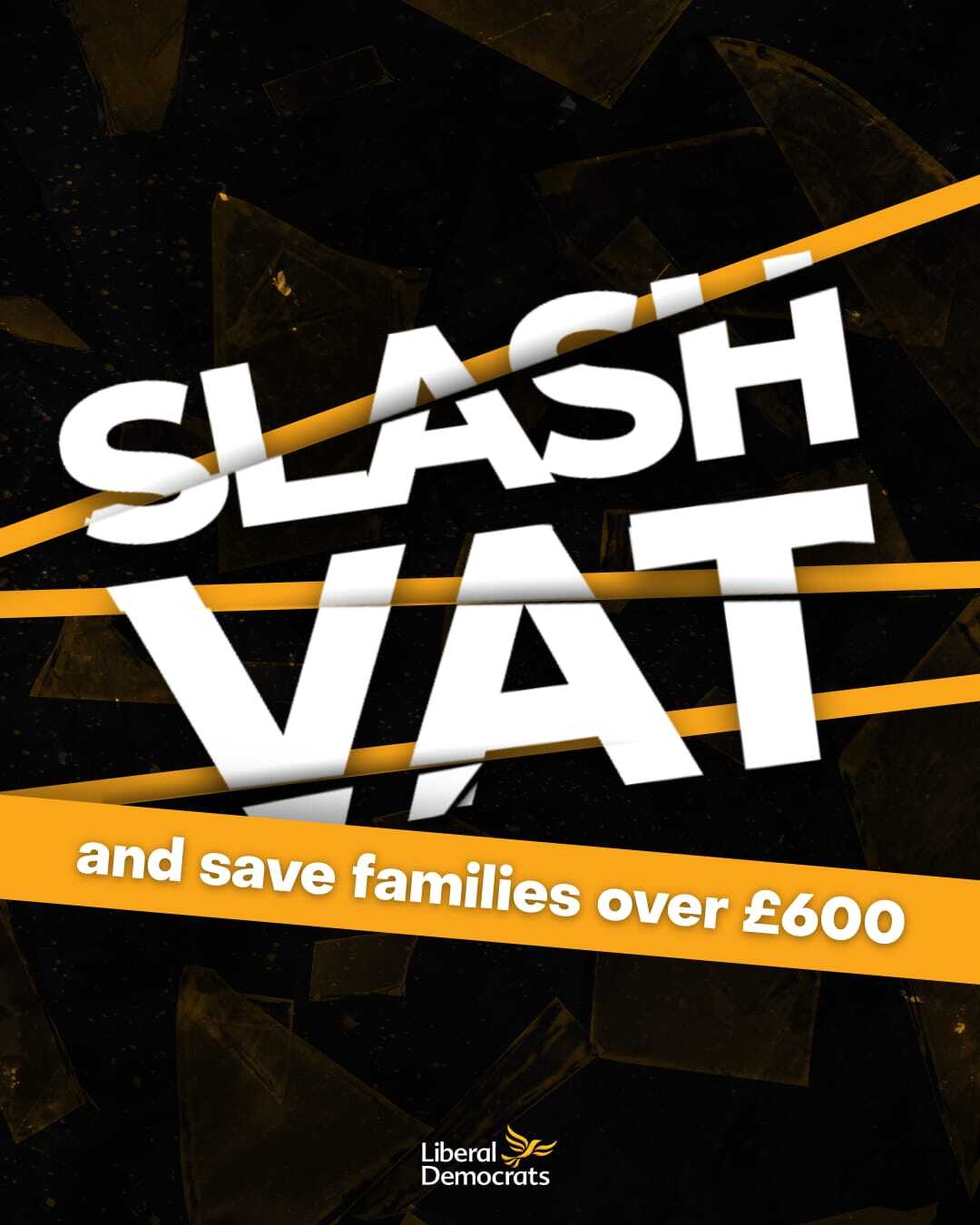 They’ve called for an emergency cut to VAT to protect households from soaring bills. Reducing VAT to 17.5% for one year would save 46,000 households in Cambridge an average of £600.

The Conservatives’ cost of living crisis is hitting many households hard. Sadly it is only going to get worse unless urgent action is taken.
An emergency cut to VAT would be a massive boost to people feeling the pinch by putting money back into their pockets. It would also help support local businesses, by boosting spending on the high street.

The emergency change to VAT could be introduced quickly and easily by the Government for one year.

The Liberal Democrats believe this action should be taken now - as well as scrapping the Conservatives’ National Insurance tax hike, to bring much-needed respite to local families.

We back the Lib Dem call to cut VAT to 17.5% and help households struggling with rising bills.