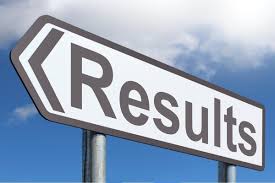 As you'll note reading this it is now Wednesday, whereas I originally gave a deadline for responses of the 12th, with an intention of publishing a decision that sunday.

There were a very low number of responses from Arbury Road;  as Arbury Road was missed out of the initial drawings from a couple of years ago, residents there have not been as involved in discussions as those around the Triangle and Hurst Park Estate.  Therefore I allowed a couple of extra days to encourage responses.

A word about the data:  this is not a referendum, and I have not stopped people responding more than once from a single household, apart from to stop responses from fake email addresses, and/or obvious attempts at responding to the surey twice.

The headline results are as follows (numbers shown below are %s):

* note these doesn't sum to 100% as there was a third option;  I've followed up with those filling in that response.

Total responses were around 240, depending on the question (I have the detailed data).

For the car club question, there was also strong support to have car club spaces (75%).

This gives a clear steer to go ahead with the next stage, of asking Ascham to expand.  I'll be in touch about this, and next steps to support that, along with analysis of the other questions, very soon.